You might have seen this story in the news recently. On the surface, it’s ‘one in the eye’ for the diet industry, the huge corporate congolmerate that makes money out of people feeling miserable about themselves and aesthetically inadequate, peddling questionable ‘health regimes’ with dubious claims. However I think it’s much, much deeper than that.

Iris Higgins, a psychologist with a Masters from New York University, is an expert in hypnotherapy and coaching to overcome disordered eating, and a woman championing healthy eating and self-esteem. Her blog, Your Fairy Angel, aims to instill confidence in women and also offer tips, tricks and recipes to enrich life and restore a focus onto overall health and vitality and away from harmful fads and destructive diets. Last week, she published a remarkable post on her blog, entitled ‘An Open Apology to All My Weight Loss Clients’. Almost unbelievably, her former employment was in fact under popular American diet company Jenny Craig. Now, given her new public stance on all things dietary and healthy (both mentally and physically), she has taken the drastic step to publicly apologise to each and every one of the women she was involved with through Jenny Craig over the years.

In an incredibly revealing, yet not particularly surprising, expose, she laments the fact that many women walked into those meetings healthy and happy, and ‘left with disordered eating, disordered body image and the feeling that you were a failure.’ So incredibly sad, but also true.

Many companies that make money from aesthetics operate on blowing open the beliefs that are usually already brewing at the back of your mind, creating issues and imperfections that do no exist, therefore compelling you to ‘fix them’. Another reason why I am so opposed to these organisations – and here we have proof.

She goes on to detail how as a Jenny Craig consultant she ignored serious mental health issues such as BDs and EDs, She gave bad (and potentially dangerous) advice to those with health concerns such as thyroid problems, diabetes and even pregnancy. Importantly she notes the harsh calorie limits placed on female clients, who despite part-taking in considerable amounts of exercise were encouraged to eat 1,500 calories a day.

She admits that whilst working there she did not believe in what she was doing and would not have touched the diet herself.

Some of the cynics among us (myself included) may say, What an Incredible U-Turn. 3 years is long enough to make money out of something you believe to be wrong. In addition, this lady is also now presenting herself as a health guru, and making money from the royalties of various healthy cookbooks and articles on positive body image and disordered eating. Whatever the motive, it’s commendable that she want to help others. But I can’t help thinking that for the rest of us, who have been on the receiving end of issues cultivated by the likes of Jenny Craig, and who have always shunned this toxic sort of ‘self improvement’, the whole thing is a little hollow. More importantly, the damage has unfortunately already been done for all those women she influenced during her time with Jenny Craig.

What are your thoughts on this one? 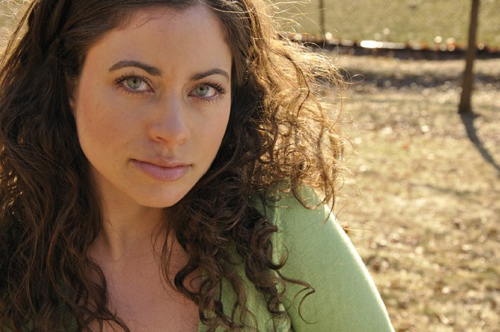