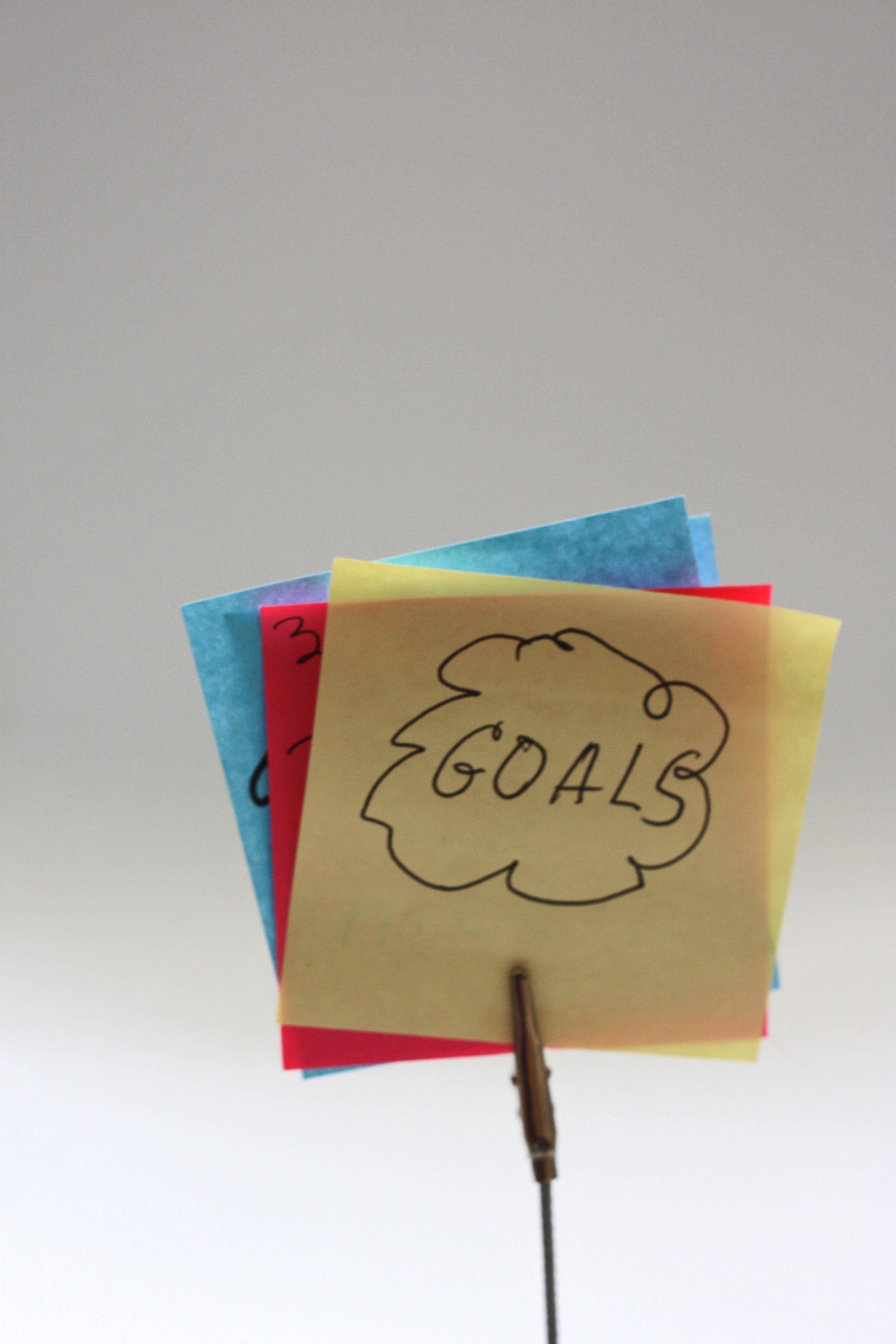 When I had Anorexia, I lost all my goals. All my hopes and dreams vanished – and were replaced only with an obsession for food (or how to avoid it), and exercise. A lot of people I speak to are the same – so consumed by what’s going on with Anorexia that they’ve almost forgotten about all the things they wanted to do, places they wanted to see and objectives they wished to achieve.

Goals are really, really important to me now – and they played a very important role in my recovery, even though I didn’t know it back then. That’s I talk about the importance of goals in Tough Cookie – because often Anorexia replaces all your wonderful goals with only one dangerous aim – which makes it all the more difficult to find them again.

I can’t take any credit for rediscovering my goals myself – in fact, it was a few people around me who helped me to do that. By mentioning some of the things I liked and had said I wanted to do before I was poorly, they sort of reminded me that there were actually things to live for. Those people had no idea what they were doing – they were just desperate. But the things they said and the goals they reminded me of slowly but surely had a profound effect on me.

Unfortunately, we don’t all have somebody there to say the right thing – knowingly or unknowingly (sadly, it’s more likely we don’t). So here I am, paying it forward and doing the same thing for you. Have a think about your goals and objectives – ones which are not related in any way, shape or form to Anorexia (be honest with yourself here!). What is it you wanted before you were poorly? Don’t worry if you’ve got that voice in your head telling you ‘oh no, you don’t want to do that’ – that’s just Anorexia trying to rain on your parade. Ignore it, just for a minute. And focus on what it is that you want. Just you – no-one else!

Once you’ve remembered your goal (or goals – the more the merrier!) it’s time to have a think about how you can achieve them. By that I don’t mean agonising over getting there (if you’re a perfectionist like me, I know that might have been your first thought) – there’s absolutely no pressure. Just have a think about how you’re going to do it. The first hurdle is being well enough. But by focusing on your goal, that will come.

My goal whilst I was ill was to go on holiday. It became an obsession, to be honest. I’d spend all my time looking at holiday brochures, dreaming of beaches, longing for days spent in the sun. Each time I was having a bad episode or at a difficult point in the day (especially mealtimes) I’d try and remember what I was fighting for. If I forgot, my parents reminded me.

If you have family and friends to help who you know will be supportive of your goal, then tell them about it. Ask them to use the goal to encourage you when you are struggling. It could really help.

I would love to hear about your individual goals – and anything else that is helping see you through the hardest stages of recovery.