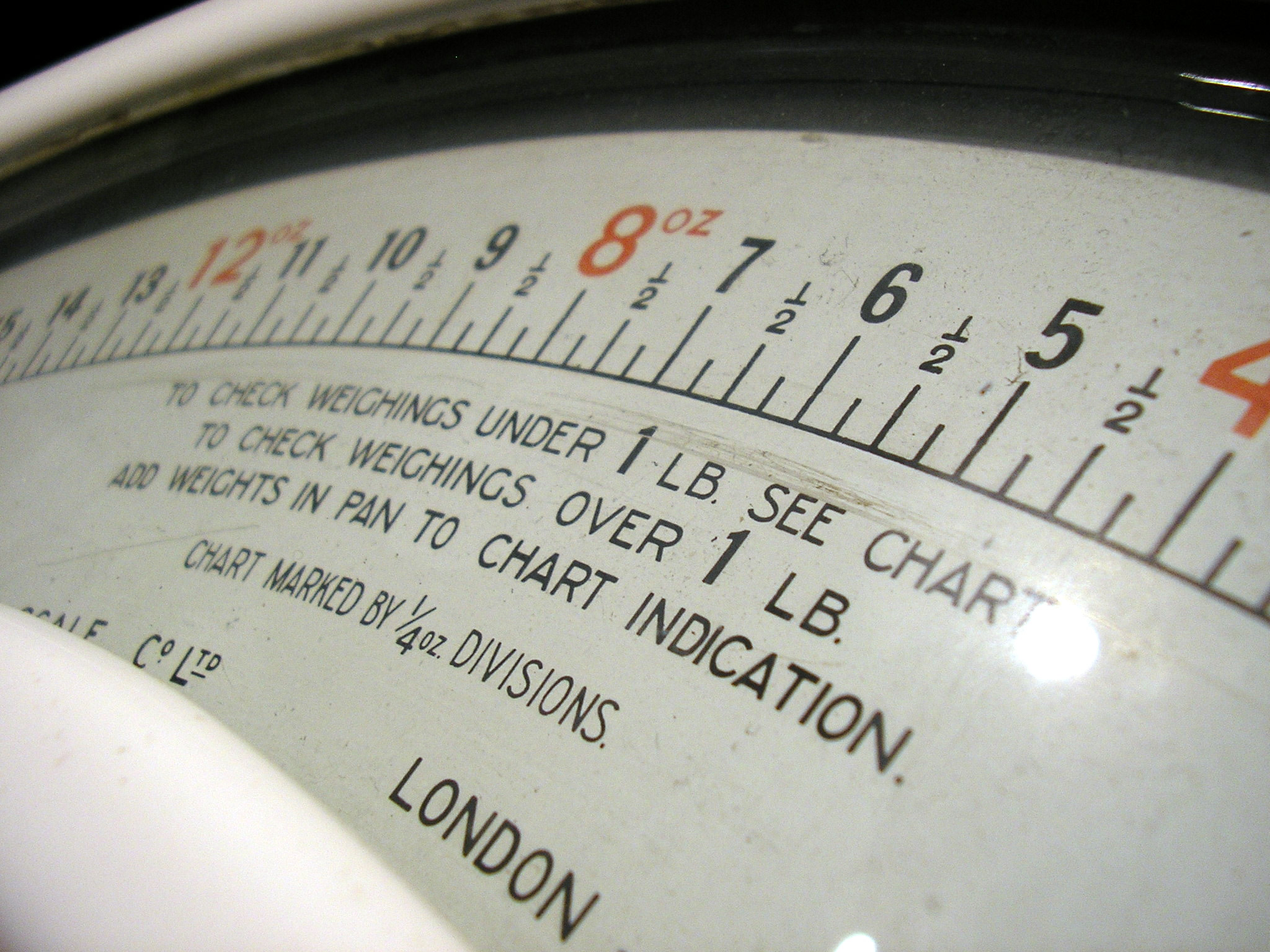 Weight is an increasingly prevalent issue in society, not just for anyone with an eating disorder. As we become more anxious about the image we project to others, we naturally wish to be slim as the celebrities and advertisers tell us we should be. As a result so many people weigh themselves every week or even every few days – but what benefit does this bring (if any), and most importantly what harm can it cause?

I did a radio interview and phone-in last year in Ireland and one of the ladies spoke openly about her lifelong obsession with her weight. She didn’t believe it was a problem – although as she described the way she’d starve herself if she found she’d gained a couple of pounds I listened horrified and waited for my opportunity to speak. I told her what I’m about to explain in this post – that although stepping on the scales may appear to be an innocent and healthy habit, sometimes it can become a controlling obsessive compulsion which results in harmful behaviour.

Regularly weighing yourself doesn’t necessarily indicate that you have a problem with eating or with your appearance. It’s often suggested it is a healthy thing to do – and for people who are overweight, it certainly is one of the only ways to monitor progress. I talk about weighing ourselves in Tough Cookie and Tough Love – and I discuss how I feel it’s a harmful thing for ‘healthy’ people to do for all sorts of reasons. It’s not the action but the motive that concerns me. That’s because lots of women and men now weigh themselves constantly.

I know that January is the ‘height’ of the diet season – and that’s partly the reason behind me putting out this post. As an important part of dieting, we are encouraged to weigh ourselves to ‘monitor progress’. But most people who embark on these fad diets (mentioning no names) aren’t morbidly obese. They’re just dissatisfied with themselves and are influenced by advertisements filled with ‘bikini bodies’ and encouragement to diet. They feel ‘fat’ because they’ve eaten more over the festive period and are inactive because it’s so bloody cold. In fact, diets have ruined our relationship with food and our own bodies systematically for years – you can read more about my view on that if you don’t know already here.

Part of the reason I’m passionate about sharing my viewpoint on weight is that it is something which shackled me for a long while. It meant such a lot to me to weigh myself – but now I never do it anymore. Originally out of fear, but now because I have realised how unhealthy it is for me. I don’t need to weigh myself. I was always within a bracket of half a stone, and whatever end of the spectrum I was at, I looked the same and felt the same – that is until I stepped on the scales and realised I’d put on a pound. Then I’d spend a day (or even a week) panicking and stressing until I weighed myself again and surprise surprise, discovered it was just a fluctuation. After all, a pound is a miniscule amount of weight to gain or lose.

It consumed a fair amount of energy as I panicked about which number would pop up this week, orchestrating my eating and toilet habits around this 1 or 2 minute ritual. It was one of the things which stayed with me since my eating disorder – a (pretty bad) habit. When I was poorly, I’d weigh myself once or twice a day. Then I went to once a week eventually and stayed that way throughout recovery because it was essential for me to monitor my weight gain. After a few years however I was still weighing myself once a week on a Friday morning every single week, but now I got panicked as I stripped off to step on the scales and felt sick and fat all day if I’d gained even a tiny bit of weight.

The reason I’m discussing weighing habits is that I know that I wasn’t alone in this and that so many people still weigh themselves even though it’s fruitless and makes them feel unhappy. Monitoring weight gives us control – something which Anorexia craves. Therefore it’s very easy for all of us to change our habits to fit in around the number on the scale because we become addicted to the feeling of control it gives us – whether we have an eating disorder or not.

I speak to lots of women and men who constantly weigh themselves – something which makes them miserable and dictates the way they live their lives. It also distorts how they see themselves based on the weight – so putting on a pound or two suddenly reveals every inch of ‘extra fat’ on their bodies and their clothes feel tight. Lose a couple and you feel like a supermodel. Or (worse) you feel so good that you’re compelled to continue – even though you’re fine as you are.

Many people also have a fixation with their ‘ideal weight’. This isn’t something a doctor has calculated for them – it’s not even based on how they look and feel. It’s based on how they think they look and feel. I used to have an ideal weight, too. But now I’m probably half a stone over that and I look and feel the same – I’m happy with my body and I don’t need to know how much I weigh. At the time you could have told me that and I’d have been horrified. Occasionally of course I’m hit with the urge to get the scales out – but I never do because I know that it’s the wrong thing to do. I’m sure there are plenty of you reading this who are similarly feeling frightened as I was at the thought of going over your ‘perfect’ benchmark weight.

It’s difficult for people who haven’t been there to understand obsessive weighing – but I have. That’s the reason I’m asking you today to try letting go. Try to remember that your body is constantly working for you to keep you alive. This means that things change from day to day – levels of water, hormones, chemicals. Your weight also changes. The way you see yourself and your body in relation to your weight has been cleverly implanted into your mind by diet companies who don’t care about you or your physical or mental health – they want your money. By treating your body as a wonderful thing which deserves to be looked after, and realising that you are often a static, steady and healthy weight with fluctuations as part of that process, you can begin to enjoy life without having to worry about stepping on those scales every morning.

For more about diets and weight, take a look at my books Tough Love and Nutrition in a Nutshell here.