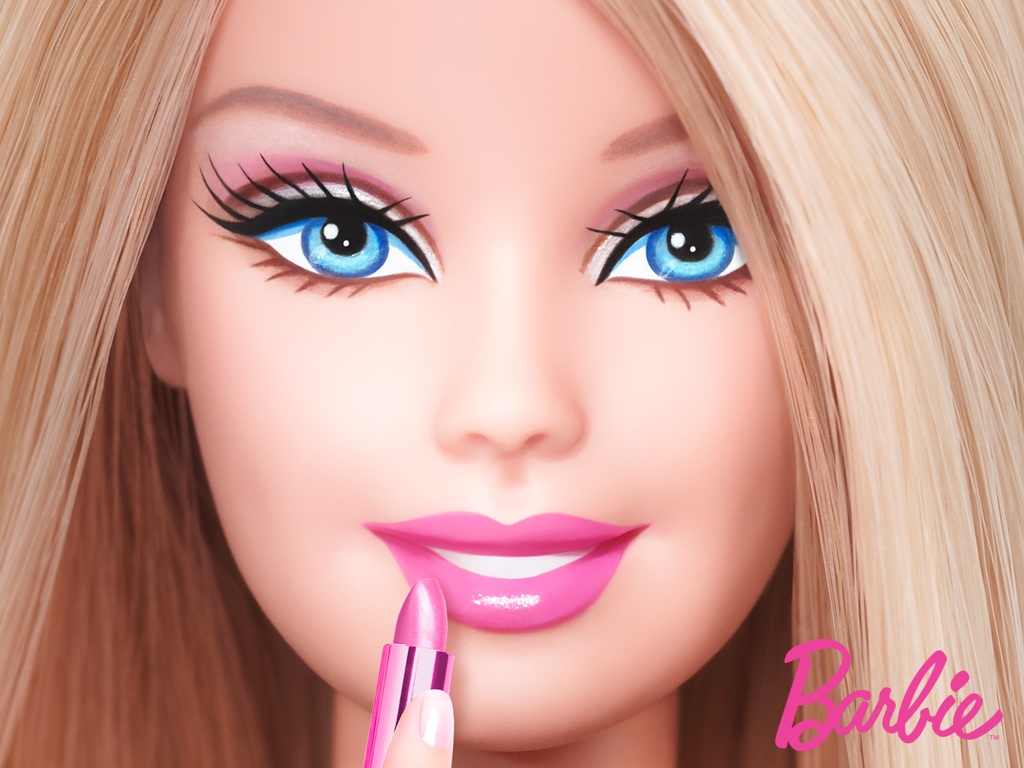 When I was little, like most girls, I absolutely loved Barbie (and secretly, a small part of me still does). I distinctly remember each one I had – including Gymnast Barbie, Ballerina Barbie and Malibu Barbie My friends had different ones and they’d all get together to swap clothes and have their hair done – of course brothers and cousins had Action Man figures which filled the sexy, muscular void in our Barbie’s lives. I knew Barbie was pretty, but I never felt inadequate because of it. I wasn’t aware that she looked ‘different’ to real women, or that she was unrealistic in the way that she looked. Yes, she was slim and beautiful with long, thick hair. But I wasn’t self-aware enough (luckily) to understand that this wasn’t how I (or any of my friends) looked, and to feel bad about myself as a consequence.

This was only 15 years ago, but nowadays children are much more self-aware in a number of different ways. They are often exposed to things which were often only reserved for older children and adults, and society appears to have shaken off what some called a ‘prudish’ sense of protection we had over vulnerable children. This, coupled with the advances of technology meaning children are spending a lot of time on smartphones, tablets and in front of televisions, means they see, hear and ultimately take in more.  The way I looked (and the ‘fact’ that it was wrong) was brought to my attention when I was 11, after which I began to feel bad about myself and ugly. But now that appears to be happening much earlier, with or without the influence of bullies.

Some are now citing Barbie as a number one cause of distorted body image in young girls. A recent experiment demonstrated her impossible proportions next to a ‘normal woman’.

Whilst Barbie may present an ‘ideal’ appearance, I really don’t think they can be named as a main perpetrator in the rise of low self-esteem and self-consciousness in younger girls. They may add to a problem which is in fact already there, which is instigated by the unrealistic message peddled by intensive marketing of beauty and fashion along. That coupled with increased exposure to overly sexualised, false celebrities and there you have a possible root of the problem. Too much, too soon.

Yet the problem I feel probably doesn’t lie with dolls and toys which generations of women have played with since the 1960’s.

I think rather than making scapegoats of the likes of Barbie, we should be looking to ourselves and to the media for answers as to why girls feel so bad about the way they look. It’s not difficult to see the reasons – a society in which your value and worth is unquestionably measured by how you look, exposure to a false, unattainable ‘perfection’ and incessant/relentless encouragement to achieve it.

On a lighter note, someone went to all the trouble of creating a Barbie with normal proportions, to show the difference between the two. I love both!! ‘Normal Barbie’ looks gorgeous, and far from looking dumpy and insignificant next to the Barbie we are all so familiar with, she looks beautiful and realistic in the most positive way.

What do you think? Do you like ‘Normal Barbie’? Would you buy her for you children? Photos below! 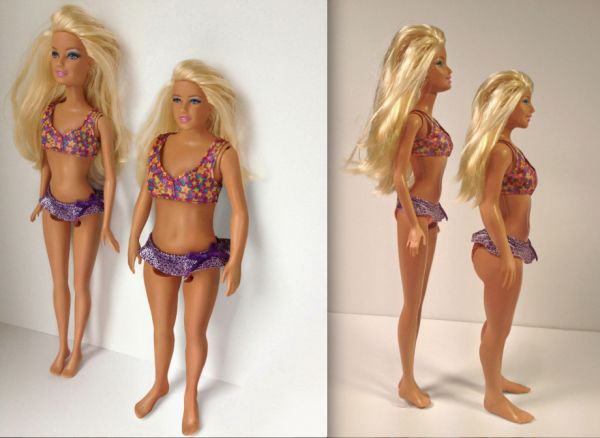