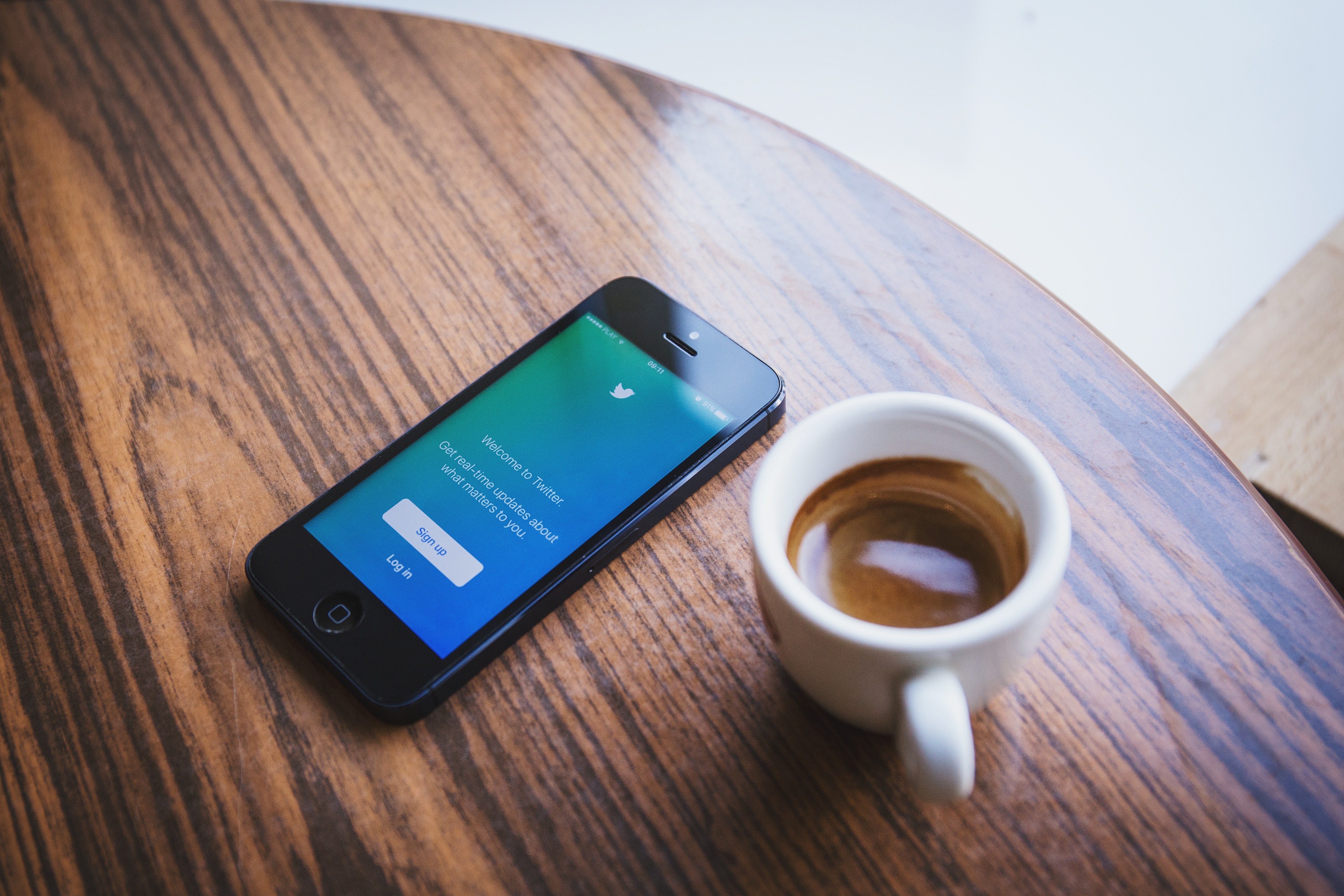 I dedicate a whole chapter in my book Tough Love to social media. That’s because I believe that social media really has a lot to answer for when we see statistics indicating that young people are feeling bad about themselves and the way they look.

Personally I am just old enough to remember a world without social media (or smartphones, or even the internet)! I remember Facebook launching when I was in my last years at school (back then it was for University students only), and Twitter coming along a few years later. I also remember struggling with how I looked and hating myself, and finding misguided solace in social media.

In this post I share the reasons why I decided to ban myself from social media – and why I’d recommend it for anyone else struggling with body image issues too!

Social media has exacerbated existing issues I had

Before I banned myself from social media I had issues on my issues. Then when social media came along I developed even further body image issues – without even realising it. I’d spend hours scrolling through social media comparing myself to perfectly photo-shopped images, the same way I had done with the magazine clippings I used to hoard. I constantly searched for ways to improve myself. I took dozens of selfies hoping the next one would represent the image of ‘perfection’ I was striving for so that I could look like those other girls. I didn’t realise that I was actually striving for an unattainable ideal which I’d formed in my head from unrealistic, photo-shopped, filtered images.

None of this is healthy. On another level social media causes lots of people to obsess – not just about their appearance, but over the quality of their lives, too. Remember that what we see on social media is not reality. The ones really living an amazing life aren’t busy plastering it all over the internet – and your worth doesn’t depend on likes.

We are not defined by how many likes and shares we get, or the number of followers we have. But sadly lots of people forget that – or worse, they’re not aware that this is the real truth behind social media. I was that person. 21 and new to social media, I believed I had to plaster photos of myself everywhere for approval. I fed off the positive comments made by others, but I was also wounded when I was ignored or insulted. Lots of people have problems with acceptance and ‘popularity’ in ‘real life’ – so to have that added pressure extended online can be really damaging.

Social media encourages us to compare

I talk a lot about comparison because it’s one of the most unhelpful, harmful things you can do to yourself. We rarely come out smelling of roses when we compare – because really the sole purpose of comparison is to feel better, or to feel worse. Nine times out of ten, we feel worse. The whole point of social media is sharing – self-promotion and comparison, so by nature we’re putting ourselves against one another aesthetically, financially, intellectually or professionally. Worse than that the images and lifestyles we are exposed to are unrealistic – so when we compare we feel bad, and when we try to emulate we often can’t.

I just touched on this above – but it’s an important point on its own. When you’re looking at images of ‘perfection’ and feeling inadequate – remember that this is self-defeating, because those images don’t represent anything real!!  They’re completely false and so damaging because so many people believe that what they are seeing is real – so of course they don’t measure up when they compare themselves. I didn’t realise that many of the beautiful hairstyles I stared longingly at on Pinterest . No wonder I sat feeling dejected when my own hair looked shit in the mirror, even after painstakingly following the steps provided. I only had my natural hair, whilst the girls on Pinterest had at least 300 grams of Russian weft to help them out and a decent filter.

Social media makes us want to improve ourselves

The product of comparison (and coming off worse) is often self-improvement. Social media encourages us to want more, to be more, so then when we find we are ‘inadequate’ compared to other people we feel the need to resolve that. We need to fill the void, to compete.

Actually, we’re all good as we are. And we’re striving for an unattainable ideal, because rarely is what we see on social media a factual representation of true life.

The danger with social media (even more than with magazines) is that we’re inadvertently conditioned to believe that ‘perfect’ is ‘normal’ – without realising it. We don’t see that the lives we view and the images we consume have been set up – that they’re not real life. So we look at what’s on social media and find we don’t measure up – so we’re then unhappy with our lives. We’re all so incredibly lucky but we don’t see it, because we’re so focused on the ‘perfect life’ we’ve been told we can (and should) lead. Remember that perfect doesn’t exist – and that striving for social media’s definition of normality will only make you unhappy.

Social media over-emphasises the importance of how we look

Being ‘beautiful’ isn’t everything – but not according to social media. Somehow if you’re not beautiful on social media, you can forget it. And as I’ve said before, when ‘beauty’ is measured by likes and follows you’re placing your fragile mental wellbeing in the hands of lots of people who don’t give a shit about you. Thousands of profiles featuring ‘hot girls’ and ‘fit guys’, ‘thinspo’ and ‘beauty tips’ help us all to feel like ugly pieces of shit – when actually it doesn’t matter that we don’t look like those people. Your appearance makes up a very small and unimportant part of who you are – and of your life as a whole.

Social media is materialistic. Aside from the aesthetic pressure it promotes, it also encourages us to want more than we have (or need). When it’s not telling you how to look, it’s telling you what to buy. Because the most popular people have designer handbags, flash cars and expensive homes.

Remember that what you have and how you look are not important. You were not put on this earth to drive a sports car, look like a model and boast about your amazing life. Think about the things you’d be truly devastated to lose right this second. I’m guessing they’re not things you could buy.

Is social media harming your self-esteem? If you liked this article you’ll love Why Selfies Are Toxic.