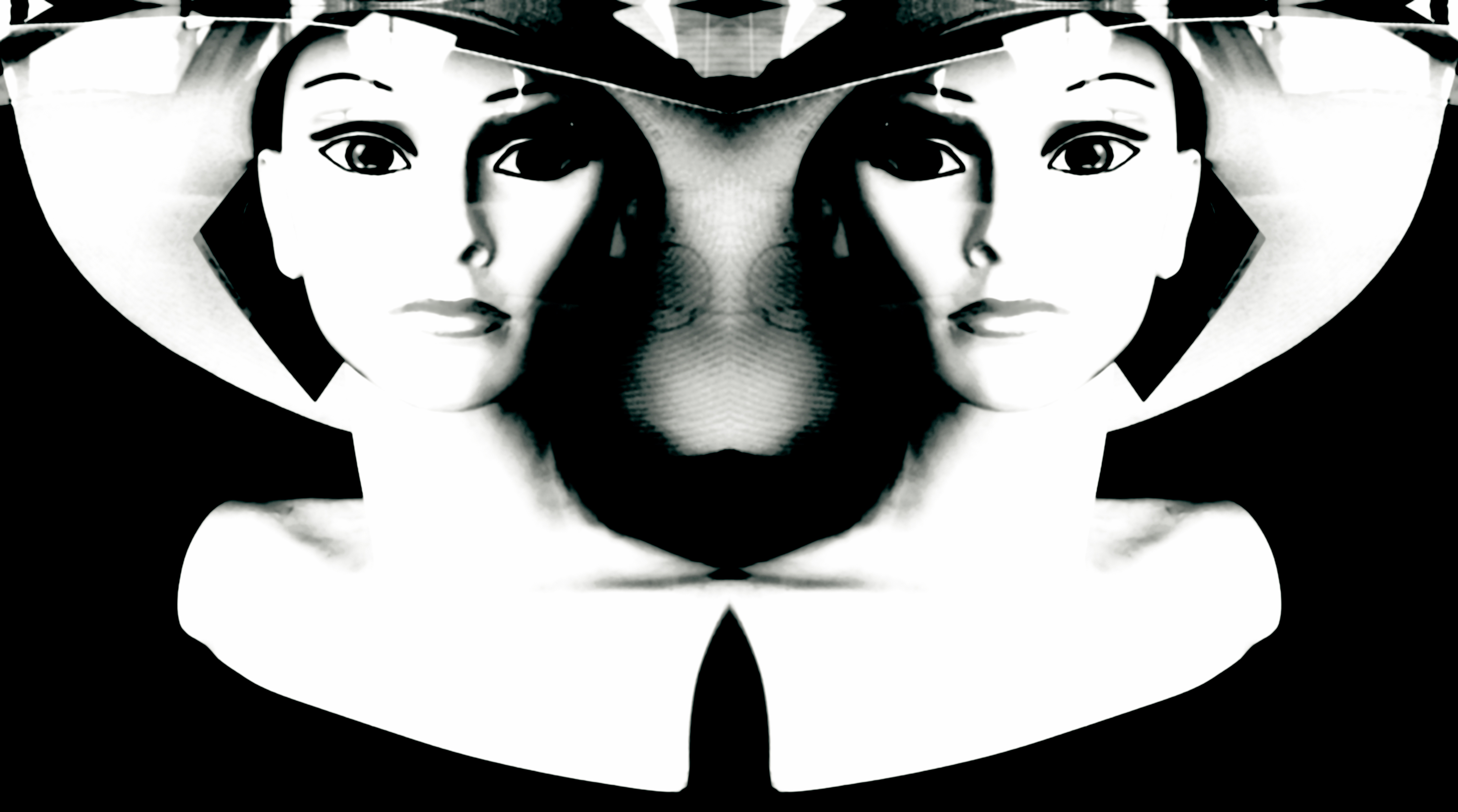 ‘Be yourself’. It’s one of the best pieces of advice ever given – yet how many of us dish it out then fail to adhere to it ourselves?

At the end of the day we will always have different ‘sides’ of ourselves for different people or situations – you wouldn’t behave in the same way at work as you do when you’re out with your friends and vice versa. But on the whole we are one person, with likes, dislikes quirks and foibles. What is sad is that many people try to hide themselves, their true selves, in order to be liked by other people (just as I did for far too long). They project an image that they think other people want to see, in the hope that they will be accepted. But take it from me – this is a dangerous and pointless exercise.

Over the past ten years or so, I’ve been on a constant journey of self-discovery and concealment. I ended up with Anorexia because I was desperately trying to be liked and I knew that the person I was wasn’t somebody the people I went to school with wanted to be around. Even when I tried to be something else, I still wasn’t liked – but I was still sure that this was the way forward. It was only once I left school and discovered that not everybody is cruel and small-minded that I learnt it was okay to show my real self. But even then, I sometimes struggled to really express who I was and how I felt for fear of being ridiculed or ostracised for it.

Over the past few years and particularly over the past 12 months, I’ve learnt that being myself is the key to success in all areas of my life. It’s incredible to think that I have spent all of my adult life so far wishing I was someone else, feeling as though I wasn’t good enough, wanting to be more beautiful, more successful, in order to achieve my goals – when in actual fact doing all this was driving me further away from my goals and made me ill. My obsessive, perfectionistic nature and anxiety meant I’d manically search for ways to better myself or be the person I desperately thought I ‘should be’. These thoughts would keep me awake at night. I constantly strived for this ‘holy grail’ but never reached it – instead, I was unhappy. When my carefully constructed world (as I knew it) collapsed and I lost my job I was forced to rebuild myself and start all over again – and the mental and physical struggle I experienced forced me to re-evaluate what I was doing, why I was doing it and the way I was thinking – in the end, it truly was a blessing in disguise.

I feel so sad when I see people trying hard to be somebody they’re not. It isn’t always obvious – but little things they do and say give them away because it takes one to know one! Being someone other than who you are is exhausting – a waste of your energy and a waste of your life. It’s not until you unapologetically spend time being yourself that you really start to live your life. So why is it so difficult to ‘be yourself’, what have I learned so far, and how can you do the same?

Being yourself involves letting go

Letting go is increasingly difficult to do when you feel as though you want to control everything in your life. I developed a need for control when I was bullied and carried that through my eating disorder and even have it to this day – although I’m able to live with it now without it taking over my life. Many of us seek control because we live in a world which is unpredictable and fast-moving – we’re always ‘switched on’, always encouraged to be ‘better’ by clever adverts which deliberately tap into our existing low self-esteem. But letting go doesn’t mean you’ll completely lose control – it doesn’t mean you won’t do the things you want to do. Of course, if the things you want to do are really important to you, deep down…

Being yourself forces you to check your motives

I realised when I started to let go that it was difficult because I had an image in my head of ‘how life should be’ and ‘who I was’ in that life. That life was perfect, of course, and so was I. That meant that it didn’t exist!! The life was also someone else’s idea of perfect. Being an Instagram model and plastering details of my personal life all over social media aren’t actually high on my agenda – in fact, I just want to travel the world and live somewhere where the sun shines and the sea sparkles. I’m not materialistic – I like to spend more time than is normal in hoodies and pyjamas and I like to spend it with the people I love. Yet here was the so-called ‘perfect life’ I was striving for – complete with Louis Vuitton luggage and a Victoria’s Secret body. I realised that in reality, being the person I ‘thought I should be’ was no fun. It involved ruining every moment by taking endless selfies to get the right one, worrying needlessly about how I looked and revealing intimate details of my life in a narcissistic fashion – all things I just wasn’t comfortable with. Why was I beating myself up for not participating? Then I started to see that life could be amazing if I could let go – and when I realised that the motive wasn’t worth holding on to, that became easier.

Being yourself requires a leap of faith

Because self-loathing very easily becomes a habit, trying to reverse your negative mindset and the behaviours it encourages requires a venture into the unknown. At the moment you know how you react when you see a photograph of a model, you know how you feel scrolling through endless ‘perfect’ images on social media – and although you know it’s harmful you stick with it, because it’s familiar. I went cold turkey with the things that I found triggered my appearance-related anxieties – one by one. Gradually I cut out the things which I knew caused me to compare and be generally unhappy. At first I was tempted back into the familiar way of doing things, and sometimes I did, but it wasn’t difficult to see that they make me feel bad, when by comparison ignorance really is bliss.

Being yourself means not caring what others are thinking or doing

This is one I think we all find difficult. Even the people who say ‘oh I do my own thing, I don’t care what other people think’ definitely care a little bit, otherwise they’d walk around with nothing on speaking their mind all the time and pissing people off. It’s obviously not a good thing to really not give a shit what anyone else thinks – so this is more a task of caring less than not at all. The first hurdle is caring less about what other people think – about how they perceive you. It really, really doesn’t matter. I spent far too long believing that how I was perceived by others shaped me – if I wasn’t liked, then I couldn’t be happy and needed to improve. It’s impossible to please everyone, and it’s impossible to know if you’re liked or not, so I fought a losing battle for ten years. Then I realised that as long as I was true to myself and genuine I would be well received, and if I wasn’t, the problem was with the other person and not with me. I also realised that I was liked by a lot of people – people who knew me as I really was, not as a carefully constructed image I projected out like propaganda.

The second hurdle is not caring what other people are doing. That may feel impossible given that you are constantly exposed to other people’s lives, bodies and possessions on social media and television. So that’s the first step – ditch it. Ditch the social media – it’s poison. Stop scrolling through other people’s lives (which have been majorly exaggerated, by the way) and comparing yourself – it’s a sure fire way to unhappiness. Just get rid. I did, and I’ve never looked back. Now I only use social media for business purposes. Sometimes I have this niggle in the back of my mind and I worry – ‘Shouldn’t I be sharing all of this on Facebook/Twitter/Instagram’? Or a friend shows me a photo of some model on Twitter or Instagram and the urge to follow them and then compare and wish I could copy every single one of their photos returns. Then I remember that a) my private life is private and I don’t wish to share it, it’s fine just between friends and family, and b) I will never look like that model, who lives a privileged lifestyle and has probably had surgery (not to mention the clever editing software used on every image). Nor do I need to look like her – I’m fine just as I am. Getting rid of social media is a huge step. You may (like me) need to have a word with yourself now and again, but that’s normal.

Being yourself is liberating and exciting

Here’s the good bit. Once you stop living someone else’s life and start living your own, things start to fall into place. Good things happen because you’re genuinely passionate about what you are doing – you’re doing things because you WANT to – not because you believe you should. You wear the clothes you want, wear your make-up however you like, leave your pyjamas on all day (okay, maybe that’s just me). You suddenly become free to live life however you want and do whatever you like without worrying you’ll ‘mess up’ your perfect plan for a life you’d never have enjoyed anyway.

Now you can plan for the future without irrelevant, superfluous stuff in the way. You can spend your time on energy on things you truly love. You can create memories and have experiences instead of collecting things (and photographs of things). I find I have so much more time (and a lot more positive energy) which I can then spend properly enjoying the time I have (non of us live forever, it’s limited!). For example, I used to spend all my holidays in beautiful places worrying about the amount of acceptable selfies I’d taken to post on social media, which led to me panicking about the colour of my skin, the size of my arse (you get the picture). When I wasn’t doing that, I’d compare myself unfavourably to most other women in the vicinity because in my opinion their figures, faces, hair and even bikinis were better than mine. Now I go on holiday and I hardly take any photos. I don’t share them on social media (because I don’t even look at what other people are doing on social media!). I eat, I laugh, I swim, I lie in the sun and I LIVE my life rather than wishing I was in someone else’s (there’s more about these experiences in Tough Love).

Being yourself is about more than just caring less about the way you look. It’s a state of mind which you develop about every part of yourself until you stop being ashamed and start living so hard you don’t even have time to think about what other people are doing! For more on why we think this way and how you can change things around you can take a look at my book Tough Love here.

For more on how to be yourself, take a look at my other body image blogs here.